Applications to be sent by 28 February 2014
Apply HERE

The dancer's body emits a multitude of different sounds. Breathing, articulated speech, recited texts, murmuring, onomatopoeia and singing: voice is akin to an extension of dance movements or, inversely, the original bedrock underpinning its deployment. The topic is hardly new: anyone can visualise singers performing a few dance steps and dancers who burst into song. In traditional dance, lines have only very rarely been drawn between singers and dancers. In the 20th century, the repertory of musicals constantly wove the two together. Tanztheater (Dance Theatre) draws the thread of a dramatic blend in which vocals are often part of the show.
With the highly significant resurgence of this issue in the field of choreographic creation, comes a new plasticity in performance: being seen, but also the need to be heard. In many a musical composition to accompany dance, performers produce a host of vocal phenomena. These are simultaneously reprocessed using technological applications, and constitute one of the sounds that make up the work. Imagine an arena for experimentation in which to reprise an original weaving between vocal and dancing scores, in which the two arts do not dissolve into each other, but rather nurture each other, inventing a whole new way of inhabiting or enhancing dance.

This second edition of Prototype is tailored to 10 choreographers sparked with curiosity and desire to explore this theme, in order to nurture and enhance their own choreographic language. Throughout the course, the trainees will be assisted by contributors who will leverage communications, conferences, artistic exchanges and workshops to expound on the topic. Dynamic tutoring will enable them to conceptualise and formally set out a research project echoing the theme. At the end of the four sessions, each choreographer will present a duo or trio, a choreographic prototype lasting up to ten minutes, presented with the assistance of guest trainee musicians, dancers and composers. To wrap up the course, each prototype will be analysed, prompting critical discussion among all protagonists: teachers, choreographers, staff and the Educational Director.

The Prototype programme can be seen as a special training period: a research lab on choreographic writing and composition modes tied in with music and, more generally, with the other arts. It is a hub for sharing and transmitting knowledge across several disciplines. By thinking outside the box of standard production modes, it marks a pause when we can question our knowledge, nurture our intellectual and artistic production, experiment with and shape a new choreographic object: a prototype.

The programme is geared each year around a theme and selected hypotheses for research. It includes theoretical contributions, conferences, testimonies and workshops by artists, thinkers and practitioners in the field of dance, but also from other disciplines. Prototype has been designed as an ongoing dialogue between conceptualisation, experimentation, body-based practices and compositional implementation.

The programme has been designed for ten choreographers or performance-makers who, through an application, are selected to participate in a Prototype cycle. Each cycle comprises four sessions lasting ten to fifteen days between October and August of the next year. The participants reside at the Royaumont Foundation.

During these four sessions, students participate every morning in a body-based practice or technical course exploring insights into body mapping, the dancer’s relationship with space, listening, memorisation and composition.

The first two sessions comprise a set of talks on the central issue of the curriculum in order to enhance a critical multi-disciplinary space and nurture the students’ approaches. Following these two periods, each writer develops a project in response to the issues raised in the course, with emphasis on how music relates to dance.

During the last two sessions, the students let their ideas take shape and experiment with them in a workshop to produce a model lasting around ten minutes. In between and during these two periods, Hervé Robbe is available at the Royaumont Foundation to address their artistic concerns and facilitate the practical implementation of the projects in accordance with their singularity. During the fourth session, the choreographers produce their prototypes with the participation of previously selected student dancers.

The pace of the residencies is set by public performances called Fenêtres sur Cour[s]. Those scheduled in the autumn and winter are open workshops on the teachings of the ending session. At the last workshop, there will be a presentation and criticism of the various choreographic prototypes.

Session 1/4 –
Scheduled from Monday 20 October to Sunday 2 November 2014
Public performance: Fenêtre sur Cour[s] on Saturday 1 November 2014 at 4pm with the students and the leaders

Session 2/4 –
Scheduled from Monday 8 December to Sunday 21 December 2014
Public performance: Fenêtre sur Cour[s] on Saturday 20 December 2014 at 4pm with the students and the leaders

Session 4/4 –
Scheduled from Friday 14 August to Monday 31 August 2015
This session brings together the ten student choreographers, the four student of the musical team and the eight or ten student dancers selected during the third session, along with one or two other collaborators to produce the ten prototypes.
Public performance: Fenêtres sur Cour[s], on Sunday 30 August 2015 (afternoon)
Places available for
10 choreographers having carried out several choreographic works.
Participants expressly agree to attend the entirety of the course, i. e. 50 days of training.

Auditions
From 28 and 31 March 2014 to the Centre National de la Danse (Pantin)
Applications to be sent by 28 February 2014 including a resumé, a letter of motivation and a video except or DVD of a choreographic work.

Fee information
The cost-sharing fee is made up of a compulsory registration fee (including membership in the Association des Amis de Royaumont and access to the François-Lang Music Library) and tuition.
The accomodation expenses are covered by the Royaumont Foundation during the entire training duration.
For this programme a scholarship arrangement with the AFDAS is pending.

Financial aid for tuition
› for casual entertainment workers (intermittents du spectacle): via the AFDAS under the following conditions: 2 years in activty, 48 fee units (days) within France, as attested by payslips and Congés Spectacles certificates.
› for salaried employes (full or part time): via their employers’ continuing education programmes.
› for the unemployed: consult your local Pole emploi agencies.
› for RMI beneficiaries: via authorities in each départment (Conseil général) — contact the appropriate services.
If you are eligible for such financial assistance, only stay at your expense the registration fees, ie a total amount of 177 €.

Scholarships
Every year the Association des Amis de Royaumont grants scholarships to choreographers born after the 1st of January 1983 who do not yet have a regular professional activity.
This attribution is decided during boards of directors of the association on file (CV, letter in support of application).
If you are eligible for this scholarship from the Association des Amis de Royaumont, only stay at your expense the registration fees, ie a total amount of 177 €.
For participants who are not in a position to qualify for any other financial aid, the Foundation grants scholarship stipends on request and based on a portfolio.
If you are eligible for such financial assistance a total amount of 977€ remains at your expense. 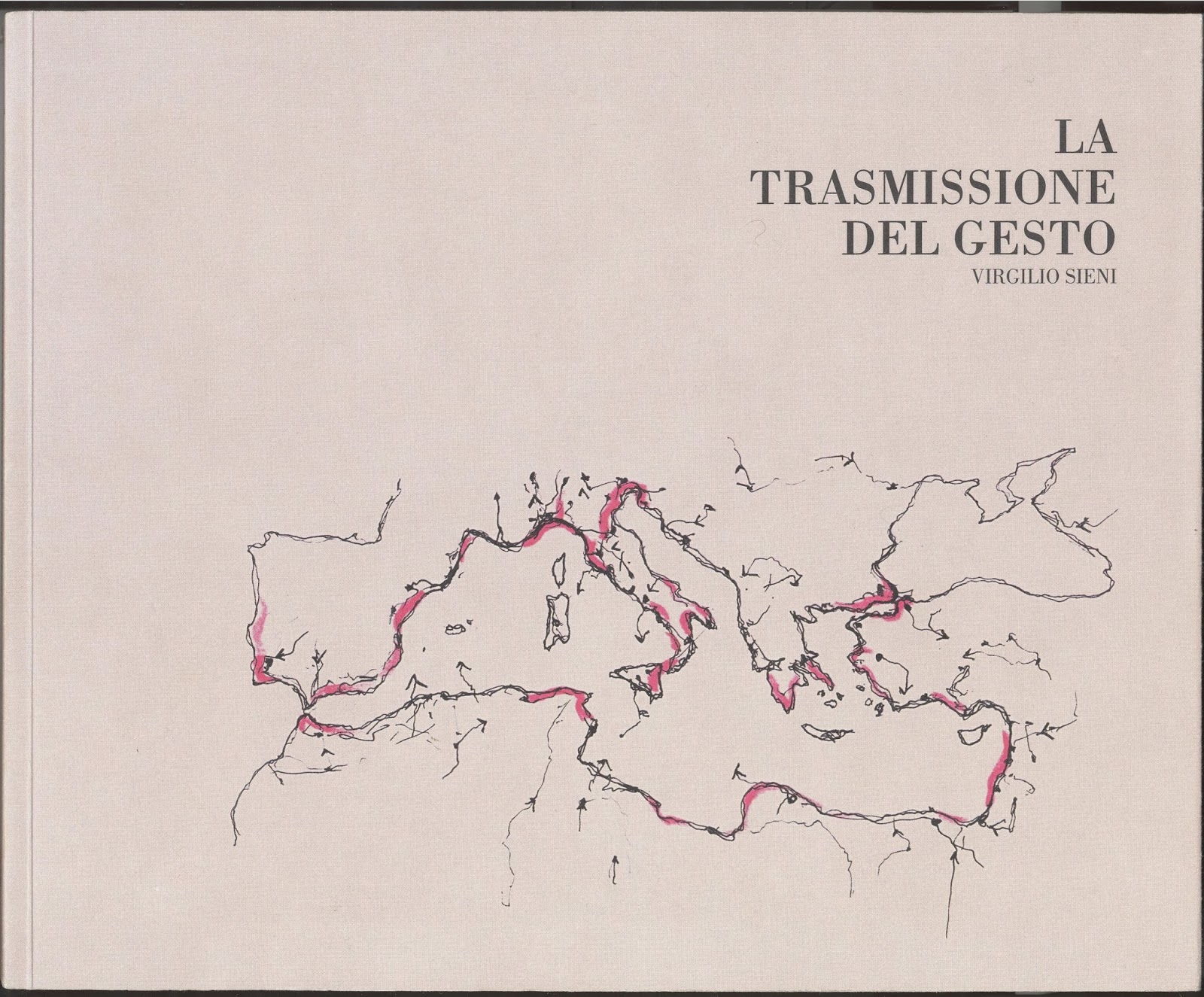 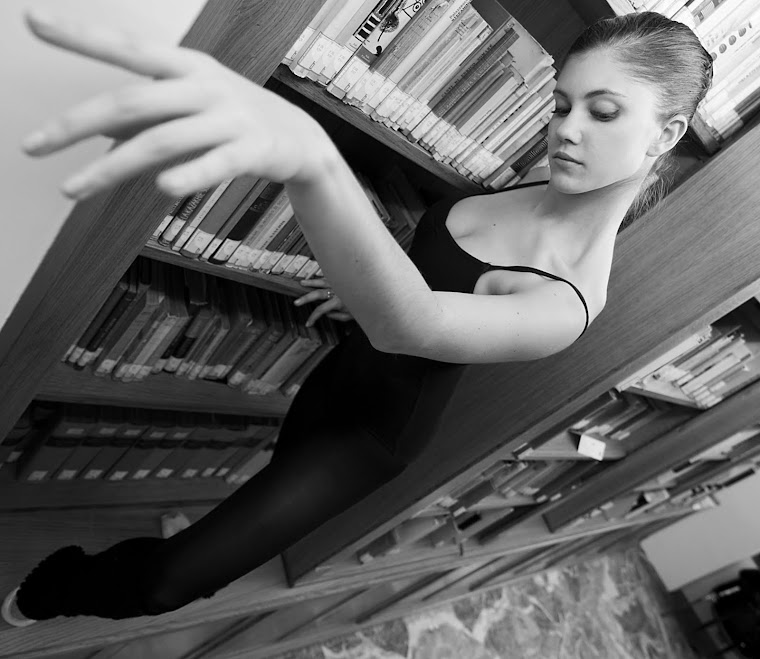 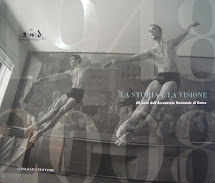 Libro per i 60 anni dell'AND